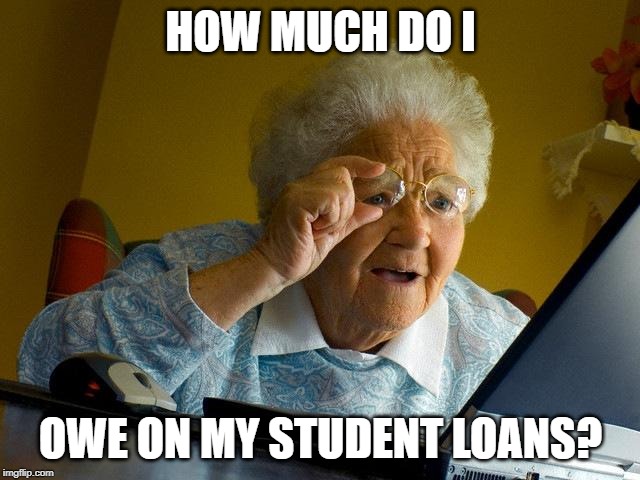 I almost never repost someone else’s article, but the full article appears behind a paywall, and when Mike Rowe wrote an editorial, I simply had to share it here. Some of my thoughts and opinions are at the bottom, but since my head exploded in the process, they didn’t all make it on the page.

“I don’t get angry much these days, and when I do, I try to conceal it. Especially online, where anger is cheap, and fury is cheaper, and outrage is free. But if this doesn’t make you righteously enraged, I don’t know what will.”

This piece in The Wall Street Journal tells a truly terrifying story of several graduates from Columbia University, specifically, graduates from their master’s film school who incurred a level of student debt that’s almost impossible to comprehend.

In exchange for this crushing, soul-deadening, mind-bogglingly unnecessary millstone of self-inflicted liability, each graduate received an education from The Ivy League. An education that will prepare them for a career in film. A career that will almost guarantee their complete and total inability to repay their loans, support a family, or work in their chosen field. Depending on your browser, the article might be behind a paywall, so I’m cutting and pasting a few relevant paragraphs for your edification/horror…

‘Recent film program graduates of Columbia University who took out federal student loans had a median debt of $181,000. Yet two years after earning their master’s degrees, half of the borrowers were making less than $30,000 a year. Recent Columbia film alumni had the highest debt compared with earnings among graduates of any major university master’s program in the U.S. The New York City university is among the world’s most prestigious schools, and its $11.3 billion endowment ranks it the nation’s eighth wealthiest private school.’

Not angry yet? Read on, because Columbia isn’t alone.

At New York University, graduates with a master’s degree in publishing borrowed a median $116,000 and had an annual median income of $42,000 two years after the program.

At Northwestern University, half of those who earned degrees in speech-language pathology borrowed $148,000 or more, and the graduates had a median income of $60,000 two years later.

Graduates of the University of Southern California’s marriage and family counseling program borrowed a median $124,000 and half earned $50,000 or less over the same period.

The no-limit loans make master’s degrees a gold mine for universities.

For the first time ever, graduate students are on track to have borrowed as much as undergraduates in the 2020-21 academic year. “Is that not mind-blowing? Zach Morrison – the guy in the glasses – is typical of those profiled in the article. He’s 29 years old with an MFA from Columbia, and he’s finally come to the realization that he’s screwed. From the article…“There’s always those 2 a.m. panic attacks where you’re thinking, ‘How the hell am I ever going to pay this off?’ His graduate school loan balance now stands at nearly $300,000, including accrued interest. He has been earning between $30,000 and $50,000 a year from work as a Hollywood assistant and such side gigs as commercial video production and photography. ”Sadly, Zach Morrison isn’t alone.

Check out this nightmare scenario from 41-year old Patrick Clement. He too, got suckered by the siren song of the Ivy League. Big-time.“ As a poor kid and a high-school dropout, there was an attraction to getting an Ivy League master’s degree,” said Mr. Clement, 41. He graduated in 2020 from Columbia, borrowing more than $360,000 in federal loans for the degree. To pay the bills, he teaches film at a community college and runs an antique shop.

In about a dozen Columbia master’s programs, the majority of recent graduates weren’t repaying the principal on their loans or took forbearance, according to data released for the first time this year. After 20 to 25 years on an income-dependent payment plan, the balance on Grad Plus loans—roughly $11.2 billion issued in the school year that ended in 2020—can be forgiven. Taxpayers will bear any losses. ”Read that last sentence again and tell me you’re not pissed. If you’re not, read it again. A university with an $11 billion endowment gets to charge students whatever the students are willing to borrow – knowing full-well that the majority will never earn enough in their chosen field to pay off the debt. Fine. It’s a free country. Buyer beware, etc. But when the students default, as they almost surely will, you and I will pick up the slack.

Why? Is it really in America’s best interest to create more aspiring filmmakers? At over $300K per student? Consider the case of Matt Black…”Matt graduated from Columbia in 2015 with an MFA in film and $233,000 in federal loans. He’s 36-years old and struggling to make ends meet. He signed up for an income-based repayment plan that in leaner years requires no remittance. But with interest, his balance now stands at $331,000.”Why in the world would anyone borrow that kind of money to study film? Steven Spielberg didn’t. Christopher Nolan didn’t. Paul Thomas Anderson, Ethan Coen, Wes Anderson, Terry Gilliam, Stanley Kubrick…never mind the Ivy League – those guys didn’t go to film school at all. Hell, Quentin Tarantino learned everything he needed to make Reservoir Dogs working in a video store and watching movies for free. Why in the world did Matt Black think he needed to mortgage his soul to Columbia University to make a movie?

According to the article…“We were told by the establishment our whole lives this was the way to jump social classes,” he said of an Ivy League education. Instead, he said he feels such goals as marriage, children and owning a home are now out of reach. During a car ride last year with three friends from the film program, Mr. Black said, they calculated they collectively owed $1.5 million in loans to the federal government. “Financially hobbled for life,” he said. “That’s the joke. ”I’m not laughing. Are you? Is anyone? I mean, aside from the hucksters and con men who are getting rich of this taxpayer-funded scam? Check this out, toward the end of the article…“Around two-thirds of domestic students in the MFA film program take federal loans. Grant Bromley, 28, accumulated $115,000 in federal loans while getting his Master of Arts in film and media studies at Columbia. He had hoped to advance into academia after graduating in 2018. Instead, he moved back home with his parents in Knoxville, Tenn. He now works at a TJ Maxx near Chattanooga.

Where will it end? When will it stop?

As many of you know, I’ve taken a lot of grief over the years for telling people not to “follow their passion,” but rather, to bring it with them, as they pursue opportunities in the skilled trades.

Earlier this week, my foundation awarded a million dollars in work ethic scholarships to 138 students who chose another path. A path that will provide them with a skill that’s actually in demand. A skill that will provide them endless opportunity to advance and grow into a meaningful and balanced career. A career that will NOT begin with the crushing weight of an incomprehensible financial burden. I could not be more proud of these 138 future tradespeople, and normally on this page, I share the many success stories of people who have applied for one of my scholarships. I will continue to do so in the future, because those stories prove that a college degree is not a prerequisite for a prosperous life. But the stories in this article – sad as they are – also need to be shared.

Because we’re not just talking here about a bunch of grad students who got conned by the Ivy League. “

Though student loan debt isn’t really on-topic for Homeschooling for College Credit, it’s been a soap box issue of mine for decades. For parents who think that stories like this represent outliers- dumb students who didn’t pick the right major or weren’t smart enough to choose wisely, please know that the REAL OUTLIERS are the ones who get their kids a credential without debt. It is that group that is special and has worked hard!!

It’s easy to rant, but the hard work is in the solution. It will not be a college that advocates for your family, it has to be you. There is no one else who is qualified to guide your teen.

Wow, just wow.  Did you get a chance to hear the new show from Ramsey Solutions called Borrowed Future?  The link to the podcast is posted below, and you have to carve out time this afternoon to listen when you decide NOT to borrow for college, everything changes.  Step 1: Homeschool for College Credit.

Are you following us as we listen together to the new podcast from Ramsey Solutions called Borrowed Future?  The link to the podcast is posted below, and you have to carve out time this afternoon to listen when you decide NOT to borrow for college, everything changes.  Step 2: Resisting Peer Pressure

In 2007, the United States signed into law the Federal Public Service Loan Forgiveness program.  Here’s the deal:  If you meet the following 3 requirements, you were (are) supposed to be eligible to participate:

The college tuition funding nut is a tough one to crack.  You could be super rich with a fully stocked college fund for all of your kids (yeah!) or you could be like me, trying to cash flow college for 4 kids on 1 income.  If you’re somewhere in the middle, you might be considering…

Debt free college, is it possible?  It is- but it won’t be easy!  Debt-free college isn’t a matter of just having a huge bank account, rich uncle or perfect SAT scores.  Average parents with almost no college savings can send their (large) homeschool families to college debt-free, but it takes planning and exceptional motivation!

Does Walmart Really Pay for College?

Last year I started bringing you news about how your teen could work for a company AND have their FULL tuition paid for. Believe me- more companies offer this than you may think!  Today’s post features an “essential” business that continues to boom through COVID and offers a way for your student to cash-flow their…