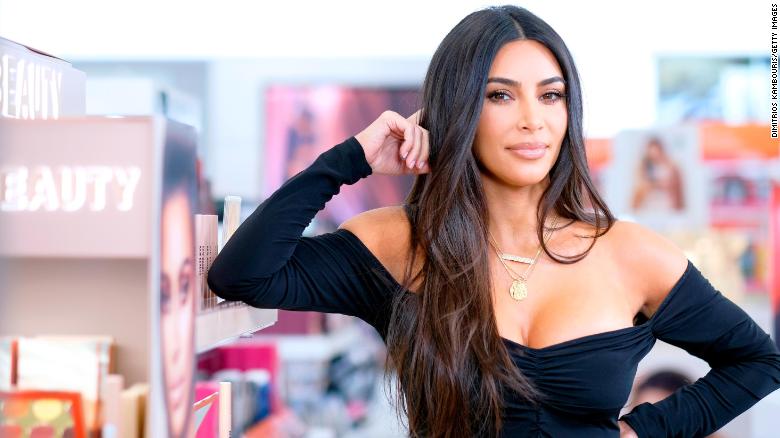 You may have read the headlines this week about Kim Kardashian passing the “baby bar.” Why does Homeschooling for College Credit care about that? Because anytime someone is using a non-traditional educational strategy to accomplish something traditional, I want to talk about it!

On December 13, 2021 Kim Kardashian posted on her Instagram account that she passed the “baby bar” on her 4th try. I’m going to be honest, I’ve been following her story since she first announced her interest in trying 2 years ago. I thought it was a publicity stunt, but to my surprise, she continued to post updates on her progress. I’m super impressed that she’s made it over the first hurdle.

A super-simplified version of becoming a lawyer the traditional way is to first earn a bachelor’s degree (in anything) and then take -and crush- the law school admissions test (LSAT). Once you get in, you’ll spend your first year intensely learning and studying for the “baby bar.” After passing the “baby bar” you’ll spend your remaining 2-3 years in school finishing your Juris Doctorate (JD) degree. At that time you’re qualified to take the bar exam for the state where you want to practice law. The bar exam will be incredibly difficult, but if you pass, you’re good to go.

A super-simplified version of becoming a lawyer the non-traditional way is to “apprentice” for a number of years under a lawyer while studying independently for your bar exams. You must pass both bar exams before you can get licensed.

I know Kim Kardashian can afford law school, but for a typical student, it’s super expensive. Law school averages about $175,000 and remember that’s after you’ve earned a bachelor’s degree!

Kim Kardashian’s journey is unique because she’s using an alternative route called “apprenticeship” or “reading the law”, and that’s the highlight of today’s post. There are rarely legitimate “workaround” strategies for graduate school (degrees after your bachelor’s degree) so while this pathway isn’t for everyone, it’s certainly worth talking about.

What did Kim do?

Step 2: Take the LSAT. For Kim’s path, the LSAT was not required. Other states will still require the LSAT for this process.

Step 3: Attend an ABA-accredited law school. For 3 states you’ll need to attend an ABA law school (at least for a little while) but there are 4 states where law school is optional. This attendance qualifies you to take the “baby bar” at the end of your first year. Why would you skip law school? Perhaps you can’t get into law school, maybe it’s too expensive, maybe you don’t have the time? BUT, here’s where things get sticky.

Wikipedia “an applicant who has not attended law school may take the bar exam after reading law under a judge or practicing attorney for an extended period of time. The required time varies. Exact rules vary as well; for example, Virginia does not allow the reader to be gainfully employed by the tutoring lawyer, while Washington requires just that. “

Wikipedia “The State of New York requires that applicants who are reading law must have at least one year of law school study and Maine requires applicants to have completed at least two-thirds of a law degree.”

Step 4: Take the “baby bar” This is the step Kim just completed. The “baby bar” is typically taken at the end of a law-student’s first year. Passing the “baby bar” is hard! The reported pass rates are about 20%, and that’s among students who are studying law in law school!

Step 5: Finish learning, studying, and graduate from law school. Kim will now begin studying independently through this step as she prepares to take the California bar exam.

Will she pass the bar?

I admire her tenacity, and will certainly keep following her story. In 2019 her original plan was to take the bar in 2022, but that timeline certainly has shifted since the delay in getting over the “baby bar.” Still, I’m cheering her on. I hope she beats the odds.

This photo is from last month when my son (firstborn of seven) graduated from law school at age 21. Law school was the first time he ever set foot in a classroom! Using the methods that we learn about here in Homeschooling for College Credit, my son completed his bachelor’s degree from Thomas Edison State University at age 18. He was a history major at Thomas Edison, and in addition to his classes there, he obtained credit through very cheap community college classes, CLEP tests, DSST tests, and FEMA classes. After Thomas Edison and scoring well on the LSAT, my son was offered full scholarships from three law schools. He chose the offer from our home state (at Case Western) and thoroughly enjoyed his time there. He wanted to marry young, and that was a big motivator for his hard work during high school. He and his wife were able to marry at age 19, just three weeks before law school started, and I’m so glad that he didn’t have to go off to school alone! Completing college during high school isn’t for everyone, but it was just the ticket for my son, and I’m grateful for Jennifer’s advice along the way.