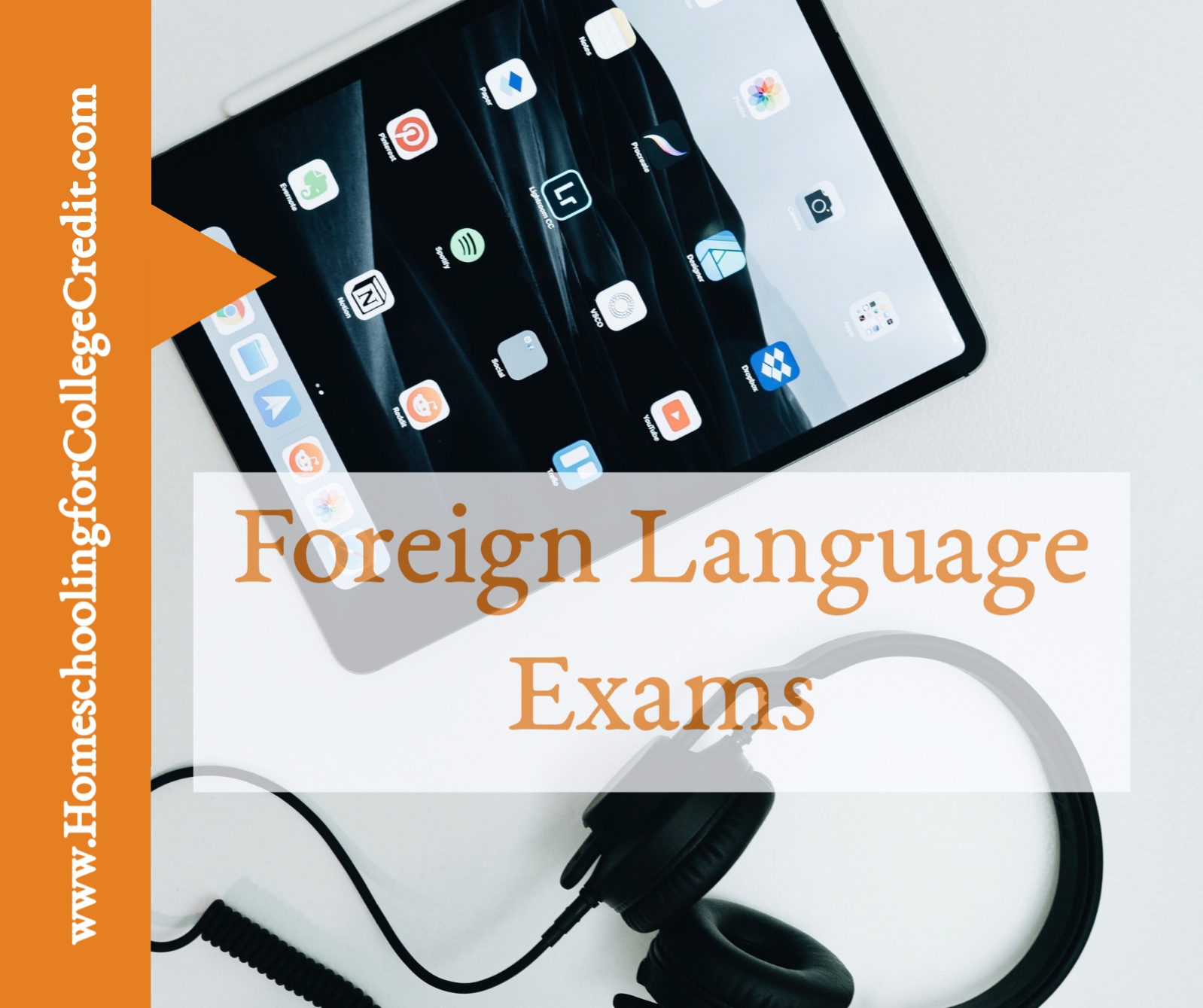 You can earn a lot of college credit for knowing a second (or third) language! The exam type you choose depends on your strengths (and weaknesses!) of listening, writing, reading, and speaking.

Example: your community college’s dual enrollment program offers French 1 and French 2 (4 credits each). If your teen passes both courses, it would be pointless to take the CLEP French exam since the credits would likely cancel each other out. On the other hand, if the student used the ACTFL Oral exam, and scored the full 12 credit value, the “extra four credits” above the eight already earned are available for consideration.

Good transferability
0–8 credits (advanced standing may be awarded instead of credit)
http://www.collegeboard.org

ADVANCED PLACEMENT: Languages – Chinese, French, German, Italian, Japanese, Latin, and Spanish. Tested on – reading, writing, listening and speaking (this is the only exam that tests ALL 4 AREAS, making it the hardest exam of the bunch). Credit awarded: 0-16 based on language and score (only Chinese is worth 16, most max out at 8). Some colleges award zero credit, but award “advanced standing” in the language. The score is reported on an official College Board transcript. Cost $92 AP Exams

American Council on the Teaching of Foreign Languages

ACTFL WRITTEN: Languages- Albanian, Arabic, English, French, German, Italian, Japanese, Russian, and Spanish. Tested on- reading and writing only (no listening or speaking). Credit awarded 2-12 based on the score. The score must be recorded on your ACE transcript. Cost $105 Written exam

ACTFL ORAL: 50+ languages. Tested on- listening and speaking only (no reading or writing). Credit awarded 2-12 based on the score. The score must be recorded on your ACE transcript. Cost $50-159 Oral Exam

CLEP: Languages- French, German, and Spanish. Tested on- reading, listening, and speaking only (no writing). Credit awarded 6-9 based on the score. Note – students who took this exam before October of 2015 may be eligible for more credit since that version was worth 6-12 credits at the time. The score is reported on an official College Board transcript. Cost $80 CLEP Exam

Military Career Tip (extra pay!):  According to Defense Pay Regulation, Volume 7A, Chapter 19,  Military members who have received training in a foreign language and are assigned to a job requiring foreign language skills receive a monthly Foreign Language Proficiency Pay. It depends on upon the level of proficiency maintained. Additionally, other military members who are proficient in a language that the Department of Defense considers to be critical may also receive this monthly pay, as long as they maintain proficiency in the language.

These curriculum options would fulfill the homeschool high school language requirement/credit, and you could choose to follow the year(s) with a credit by exam option above.  Remember, that you cannot duplicate credit, so dual enrollment already awards college credit, these resources would either supplement a dual enrollment program, provide strictly high school credit, or be used for an entirely different language.

American Sign Language is frequently used by parents as their teen’s high school foreign language, however, at this time I know of no way to roll that into college credit without taking it through a college.  If you’re looking for an ASL course, I have been told that the Rocket Sign Language course is an affordable option.

CLEP exams offer students an opportunity to earn college credit in Spanish, French, and German. It’s easy to find Spanish and French classes, but today we’re bringing you classes for the much harder to find language: German!

Which is Better? Foreign Language for High School or College Credit?

It’s one thing to pass a CLEP exam, it’s another to crush it!  Homeschooling for College Credit parent Scarlett has agreed to share her feedback about the exam with you.  At the bottom of the post, I’ve added links and additional info you’ll find helpful if this test is on your schedule.  Don’t miss the…